Scientists say the country has many home advantages for good research, but it desperately needs more government interest. 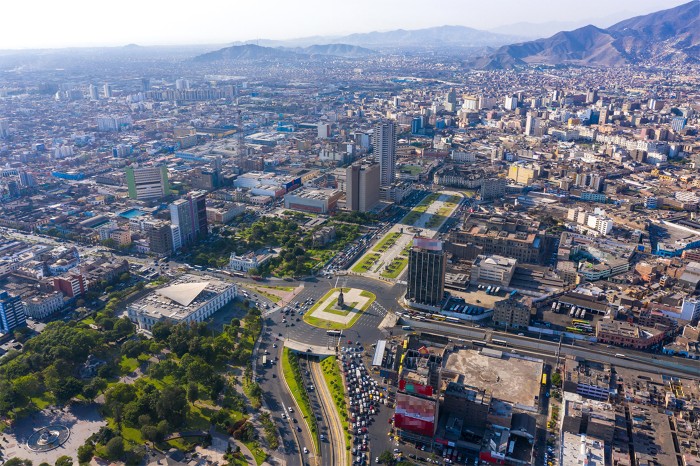 In 2017, Gabriel Carrasco-Escobar started mapping mosquito breeding sites in the Peruvian Amazon. The doctoral student at the University of California, San Diego, was hoping to collect data to be used to fight malaria, a disease that is endemic in his home country of Peru.

Carrasco-Escobar wanted to help public-health authorities in the northeastern region of Loreto to be more proactive about combating a mosquito-borne illness that infected more than 64,000 Peruvians in 2014. By mapping mosquito habitats, he could help the authorities to predict where malaria might spread in the future, he says, “instead of being reactive and trying to control a malaria outbreak after it’s already been reported, like firefighters putting out a blaze”.

If Carrasco-Escobar and his team could get a view of the forest from above, they could identify bodies of water that might harbour mosquito larvae, he reasoned, and then use that information to divert mosquito-control teams to those areas before an epidemic hit. 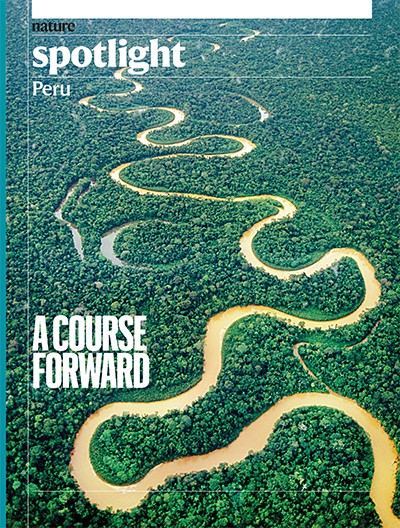 He knew satellite imagery wouldn’t be enough because the rainforest is predisposed to cloud cover. So he sought help from researchers at Cayetano Heredia University in Lima, enlisted collaborators across the United States and gained funding from the World Health Organization. With that support, he fitted out inexpensive drones with the US$15,000 cameras he needed.

He and his team then set out into the Amazon to collect data. But soon, like countless explorers who had trudged into the jungle before him, Carrasco-Escobar learnt that the elements always win in the end. “Eventually the Amazon beats your technology. We lost a drone to the jungle. It felt like we had lost a member of our field team,” he says, with the kind of nervous laugh that recognizes how much money was lost. “It crashed into a tree and we couldn’t find it.”

These challenges — doing remote fieldwork, guiding a constellation of collaborators, tracking down international funding, confronting a major logistical hurdle that slows the science down — are probably familiar to many scientists, especially those working in Peru. And for most Peruvian researchers, the challenges are symptomatic of systemic issues in which scientific bureaucracies, a lack of government support and an outdated education system seem to have combined to make science difficult to undertake.

That’s lamentable, researchers say, because of how much the country has to offer science — Peru supports research into tropical glaciers in the high Andes, ecosystems fed by the Humboldt Current in the Pacific Ocean, childhood development and infectious diseases and theoretical physics, among myriad other fields.

To ensure they have a role in their country’s development, Peruvian researchers will have to be creative about taking advantage of the scientific opportunities Peru has to offer.

“There’s enormous potential in Peruvian scientists,” says Gisella Orjeda, the former president of CONCYTEC, Peru’s National Council of Science, Technology and Technological Innovation — if only they can work out how to harness the opportunities in plain sight.

In 2018, Peru ranked seventh in Latin America in terms of the number of papers it published, and it is heavily reliant on international collaboration, as Carrasco-Escobar’s malaria study exemplifies. Roughly two-thirds of scientific studies published from Peru since 2003 listed foreign collaborators, according to data from the research-outputs database Dimensions.ai (Dimensions is part of Digital Science, a firm operated by the Holtzbrinck Publishing Group, which has a share in Nature’s publisher, Springer Nature). That’s in line with the calculations of Félix de Moya Anegón, a bibliometrics researcher at the University of Granada in Spain and founder of the Scimago Lab, which studies publishing output.

“Only 20% of Peru’s international scientific collaborations are led by Peruvians,” says de Moya Anegón, who analysed how many Peruvian scientists are corresponding authors on studies that took place in Peru. “This creates a dependency on outside science and a low amount of leadership from Peruvian science.”

But Alberto Gago, a high-energy particle physicist originally from Peru who collaborates with teams at Fermilab in Batavia, Illinois, the Massachusetts Institute of Technology in Cambridge, and CERN, Europe’s particle-physics laboratory near Geneva, Switzerland, says pulling in international partners is essential to building a career as a Peruvian scientist. “You have limitations if you’re alone,” he says. “You’re limited in the number of things you can study.”

He credits his graduate work at Fermilab and Brazil’s University of São Paulo for affording him the right mix of theory and experimentation to keep him plugged into world-class particle physics from South America. “If I didn’t have that profile, Peru wouldn’t be able to have a seat at the table.”

Gago also praises his institution, the Pontifical Catholic University of Peru (PCUP) in Lima, for facilitating those collaborations by financially supporting his research group rather than letting it run exclusively on grant funding — an arrangement that Gago says is rare in Peru. The PCUP also built him a distributed computer system that mines idle time on up to 600 computers across campus to run his analysis. Without that high-throughput computing system, which his university dubbed LEGION, many of his projects wouldn’t have been possible, he admits.

“If it wasn’t for [the PCUP], we wouldn’t be collaborating with CERN or with Fermilab,” says Gago, who estimates he’s received $70,000 from the university for research assistants since 2002. “The strong investment has been from the university as well as international funds. But this shouldn’t just come from your institution. It should come from the state.”

That’s a common refrain among scientists in Peru. There is little investment from the government into science — the country invests only 0.12% of its gross domestic product into science and technology, compared with 0.36% in Chile, 1.27% in Brazil and 2.8% in the United States (see ‘By the numbers’). This lack of support for learning and undertaking science in the country has led to an exodus of researchers.

“Latin America has great researchers but, fundamentally, we are an exporter of scientists to the world,” says Orjeda. “I can’t explain how it’s possible that Peru has always abandoned science.”

In 2012, when Orjeda first took the helm of CONCYTEC, her budget was only $5 million. Divided over the whole country, that’s almost nothing, she says. “There was no budget, no vision, no tools to close the gaps of science in Peru.” Over her five-year tenure, the agency’s funding grew almost eightfold and was used to fund local research, create scholarships for Peruvians to do graduate work at the world’s top universities and establish a repatriation programme to entice them to return.

But by 2017, Orjeda realized that Peru needed a more systemic approach that addressed societal deficiencies not only in how it supports science, but also in how it teaches it. If Peru was going to develop a culture of science, Orjeda concluded, the country needed serious education reform.

“We have lousy university education,” she explains. “Peruvian policymakers don’t understand the role of universities — it is not to train professionals. The fundamental role of a university is to be a producer of knowledge, to teach students a way of thinking.”

Conservation biologist Patricia Majluf agrees that there is a deep-seated problem with the educational system. Majluf, who is vice-president of the ocean-conservation advocacy organization Oceana Peru and former director of the Center for Environmental Sustainability at the Cayetano Heredia University, says that serious problems in higher education are hampering innovation and scientific development.

One key issue is a lack of encouragement for original thinking, says Majluf. “We’re taught in schools to regurgitate what the professor tells you. Universities haven’t really changed at all in their teaching methods,” Majluf explains. “So if you want to push society to the next stage of thinking and asking questions, we’re not really well prepared for that.”

This antiquated educational system, Majluf says, traps science in the academic world. Little is translated to society or makes an impact on the economy, and thus on policy decisions in Peru, she says. Instead, “economics is leading every decision the government makes. Science is always in second or last place.”

Nature asked the Peruvian Ministry of Education and CONCYTEC to respond, but had not heard back by the time this article went to press.

Majluf says Peruvian scientists must learn to be effective advocates and interface with the public. If there’s one thing she learnt from her graduate work at the University of Cambridge, UK, she says, it was how to write powerful proposals, which meant advocating for oneself and one’s science. That advocacy is something she’s carried throughout her career.

In 2012, Majluf took a role as a minister of fisheries for the Peruvian government. This was to advocate for science being used more thoroughly to inform policy decisions. It was a change of pace from someone who, she readily admits, “went into science to not deal with people”. So moving into a political world was “completely contradictory. But it’s what you have to do when you see the planet disappearing in front of your eyes.”

One campaign Majluf brought to the ministry was the protection of Peru’s anchoveta stocks, which is one of the world’s most productive fisheries, engorged by the phytoplankton-rich Humboldt Current. By convening different stakeholders and drafting legislative proposals informed by science, Majluf was able to help the government to set catch limits on the fish — which is exported as fishmeal for livestock feed to countries such as China, generating more than $1.5 billion in 2018. She also helped it to pass a 2013 resolution urging Peruvians to eat the anchoveta. 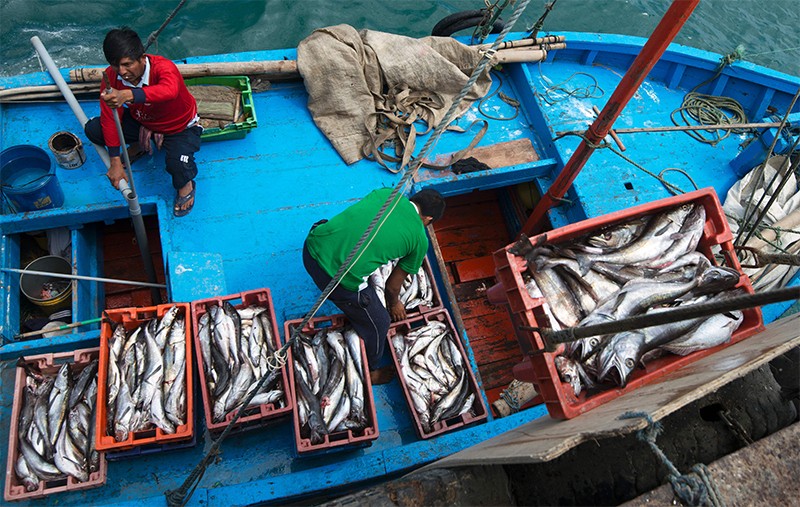 Fishers unload their catch in northern Peru, which has one of the world’s most productive fisheries because of the phytoplankton-rich Humboldt Current that flows through the southeast Pacific Ocean.Credit: Cris Bouroncle/AFP/Getty Images

With the help of Peruvian celebrity chef Gastón Acurio, the country began transforming that supply chain and reducing the impact on fish stocks. “As soon as they saw there was a real market for it, people started investing in factories and infrastructure to process anchoveta,” Majluf recalls. “Within a few years, you’d go to the supermarket and all you could see was anchoveta.”

Times have changed since, however, and those market-based mechanisms to encourage Peruvians to eat the fish have gone backwards owing to political disagreements over who has the right to catch them. Today, most anchoveta are again exported rather than eaten in Peru.

Other efforts to bridge science and politics have lasted longer. One example is a study published in Nature in May that explored rural nutrition and obesity in 200 countries, including Peru (NCD Risk Factor Collaboration Nature 569, 260–264; 2019). It showed a large rise in obesity in rural areas, especially in Peruvian men. Jaime Miranda, director of the Centre of Excellence in Chronic Diseases (Cronicas) at the Cayetano Heredia University and leader of the study, says it’s one of a series of population-based studies, interventions and investigations linked to health systems that he has conducted across Peru.

“Our Nature paper gave us a meeting with the Ministry of Development and Social Inclusion,” says Miranda; it gave the ministry evidence to investigate something it already suspected: that Peruvians in rural areas were becoming obese.

These cases of individual scientists informing legislation and policy epitomize opportunities for impact beyond research and publications.

Carrasco-Escobar, the PhD student at the University of California, San Diego, says research has real potential to improve Peru’s economic and medical health. “There’s a saying about Peru that we’re a ‘beggar seated on a bench made of gold’. I wouldn’t be that radical, but I do think science research in Peru is still immature. We’re not aware of all the potential we have.”

This article is part of Nature Spotlight on Peru, an editorially independent supplement. Advertisers have no influence over the content. 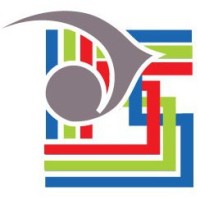 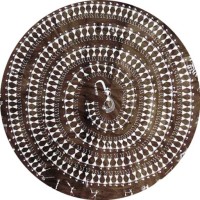